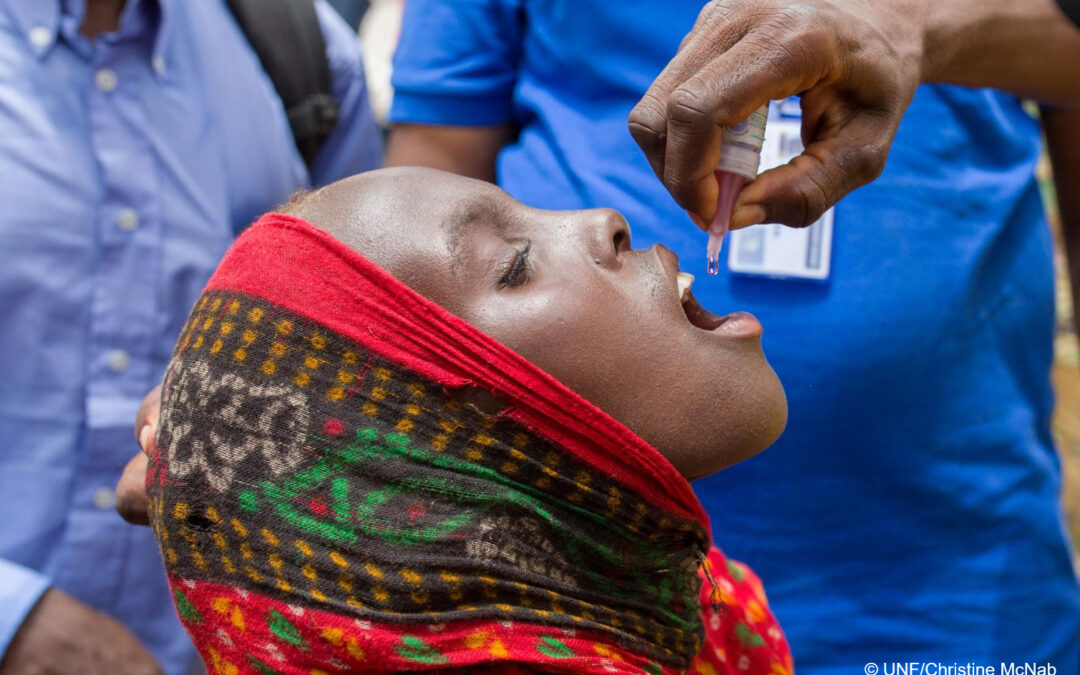 During this challenging period for the global health, a crucial news comes from the World Health Organisation (WHO) that certified the WHO African Region, representing over 90% of the world’s population, now free of the wild poliovirus after four years without a case, moving the world closer to achieving global polio eradication.

According to the Africa Regional Certification Commission (Arcc), the vaccination campaigns made the eradication possible by obtaining a vaccination coverage in the population of over 95%.

Read more in the WHO press release.

Poliomyelitis is a highly infectious viral disease that largely affects children under 5 years of age.

There is no cure for poliomyelitis. It can only be prevented by immunization. The polio vaccine, given multiple times, can protect a child for life.

Treatments are only focused on limiting and alleviating symptoms.

The virus affects the nervous system and, in the most serious cases, it causes paralysis, usually of the legs, which is most often permanent in children.

The resources and expertise used to eliminate wild poliovirus have significantly contributed to Africa’s public health and outbreak response systems. The polio programme provides health benefits to local communities, from supporting the African region’s response to COVID-19 to bolstering routine immunisation against other diseases.

This experience highlights how vaccination is crucial in the fight against serious diseases to improve the global health!

to keep you up to date on our activities and initiatives

You have Successfully Subscribed!